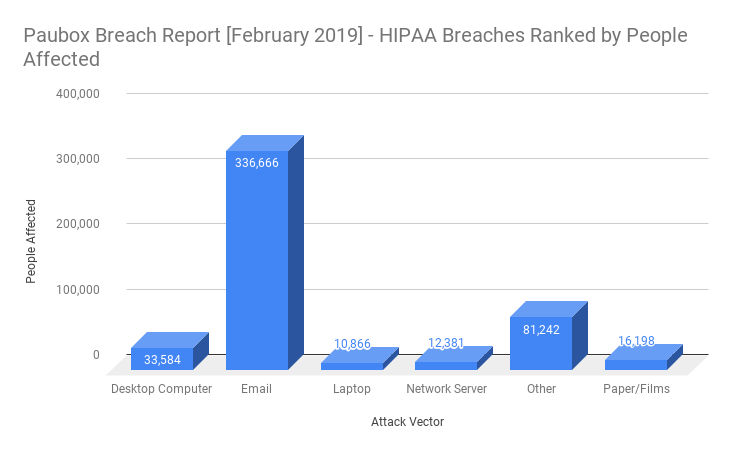 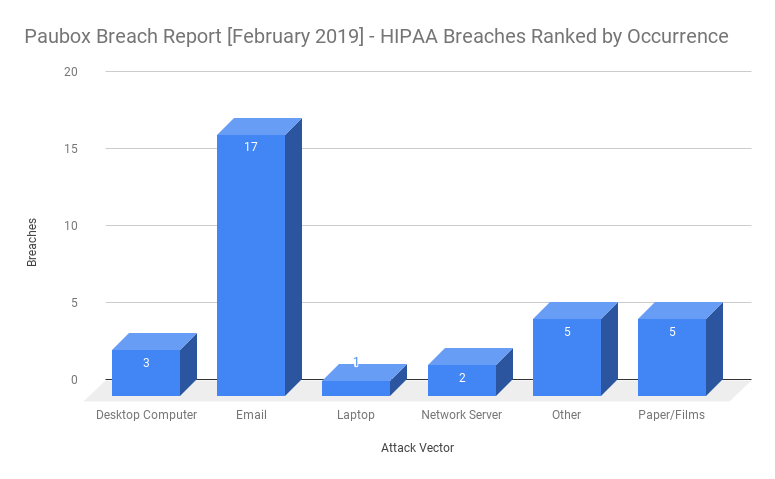 Email led the pack in the February Breach Report, both in the amount of People’s PHI hacked and the number of breaches.

Much as it did in 2018, Email has continued to dominate the Paubox HIPAA breach reports in 2019.

The Paubox HIPAA Breach Report analyzes breaches that affected 500 or more individuals as reported in the HHS Wall of Shame in January 2019.

Minimize the risk of email getting you on the list with Paubox. Start for free today.