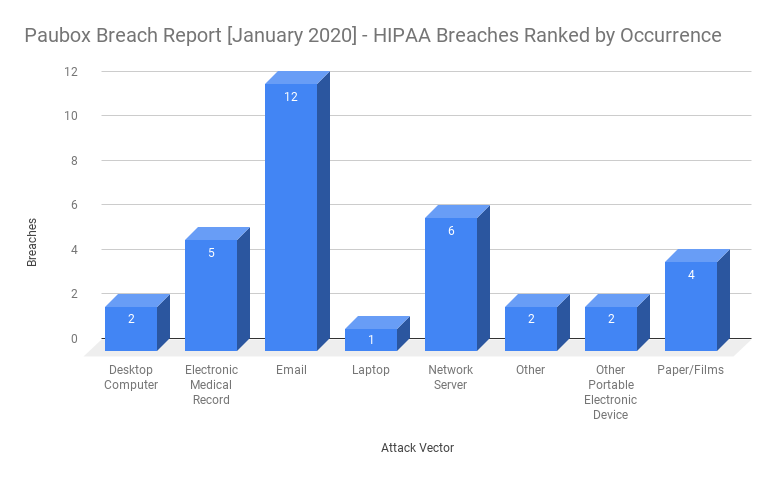 Email as a threat vector in healthcare continues to rank as the most common entry point for bad actors.

In addition, with the current geopolitical strife with Iran, it’s quite likely nation state online attacks will cause HIPAA breaches to grow by 50% or more in 2020.

The Paubox HIPAA Breach Report analyzes breaches that affected 500 or more individuals as reported in the HHS Wall of Shame in December 2019.