The Paubox HIPAA Breach Report analyzes protected health information (PHI) breaches affecting 500 or more people as reported to the HHS in May 2019.

The Paubox Breach Report analyzed HIPAA breach reporting submitted to the U.S. Department of Health & Human Services (HHS) in May to analyze the types of breaches of unsecured protected health information (PHI) affecting 500 or more people. 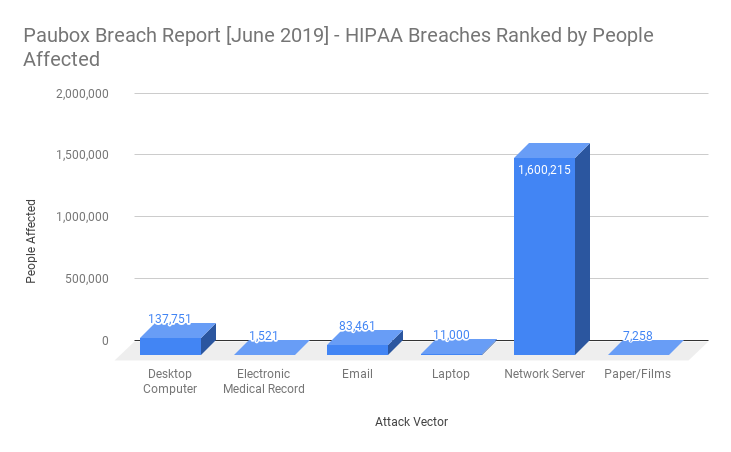 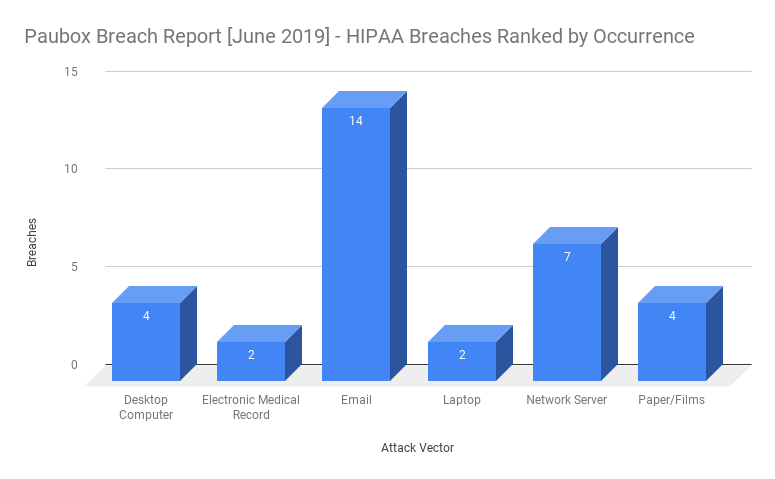 On May 7th, Inmediata Health Group reported a Network Server breach to HHS that affected 1.5M individuals’ PHI. This single breach accounted for 98% of the total for the Network Server category.

For the 12th time in the past 14 months, Email occupied the top spot as the most common attack vector for HIPAA breaches.

The Paubox HIPAA Breach Report analyzes breaches that affected 500 or more individuals as reported in the HHS Wall of Shame in May 2019.