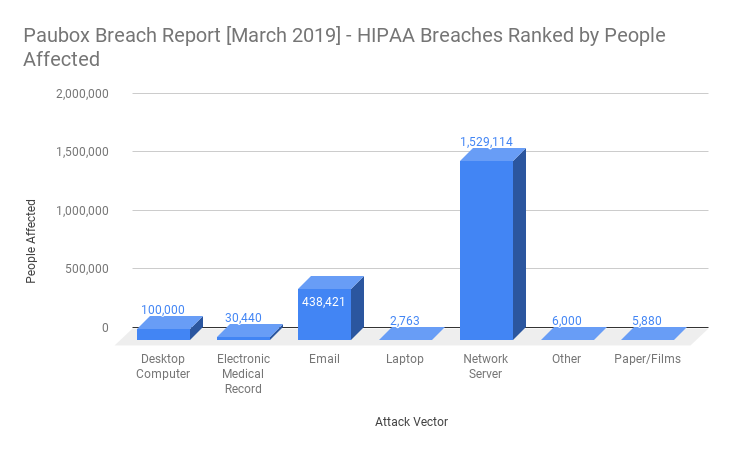 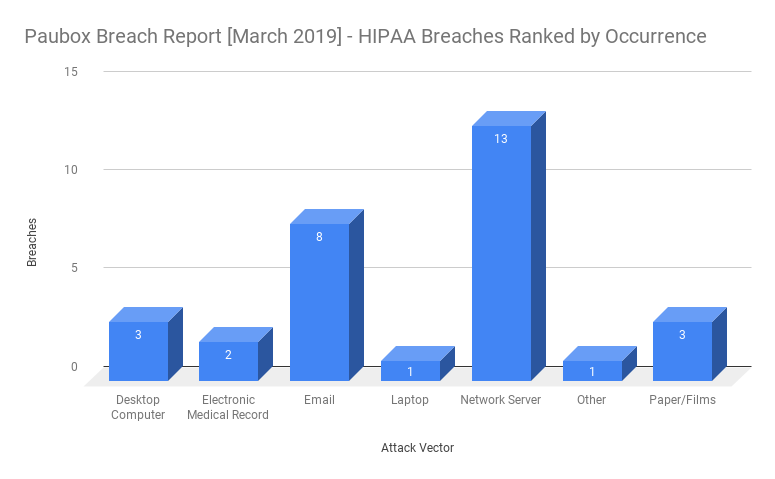 Network Server made a strong showing in this month’s HIPAA Breach Report. It displaced Email in both Breaches by People Affected and Breaches Ranked by Occurrence.

The Paubox HIPAA Breach Report analyzes breaches that affected 500 or more individuals as reported in the HHS Wall of Shame in February 2019.

Minimize the risk of email getting you on the list with Paubox. Start for Free today.