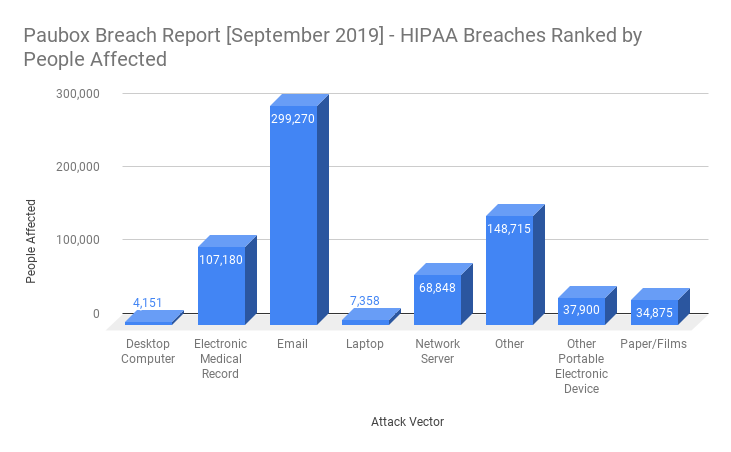 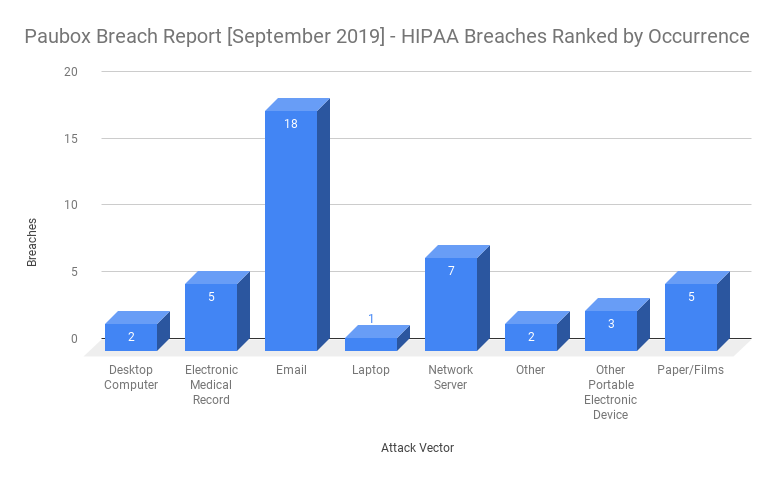 Email took top spots in both categories for this month’s HIPAA Breach Report.

In fact, Email has ranked first in the HIPAA Breaches Ranked by Occurrence category for 14 of the past 17 months.

The Paubox HIPAA Breach Report analyzes breaches that affected 500 or more individuals as reported in the HHS Wall of Shame in August 2019.